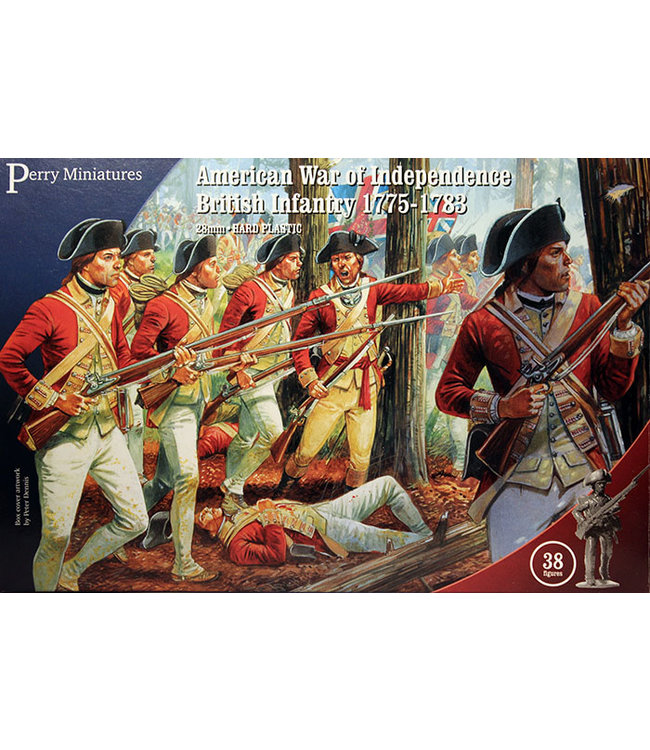 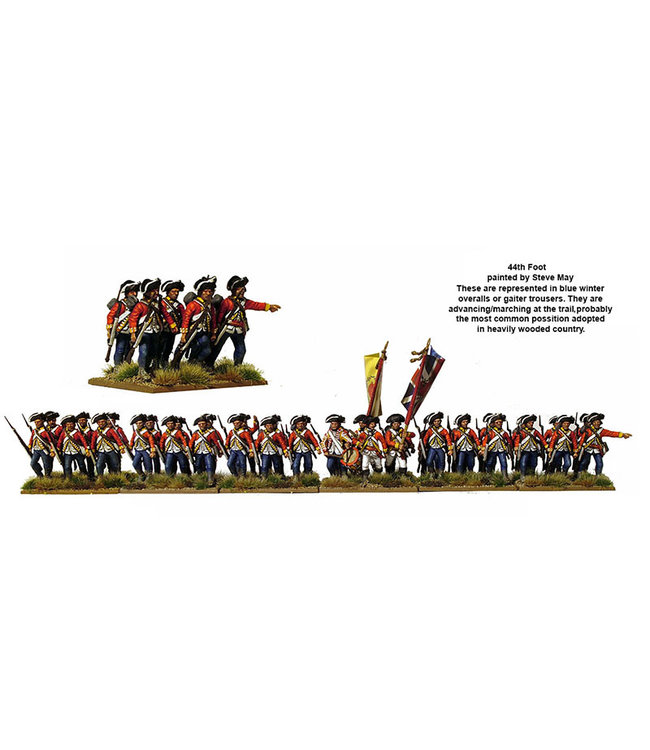 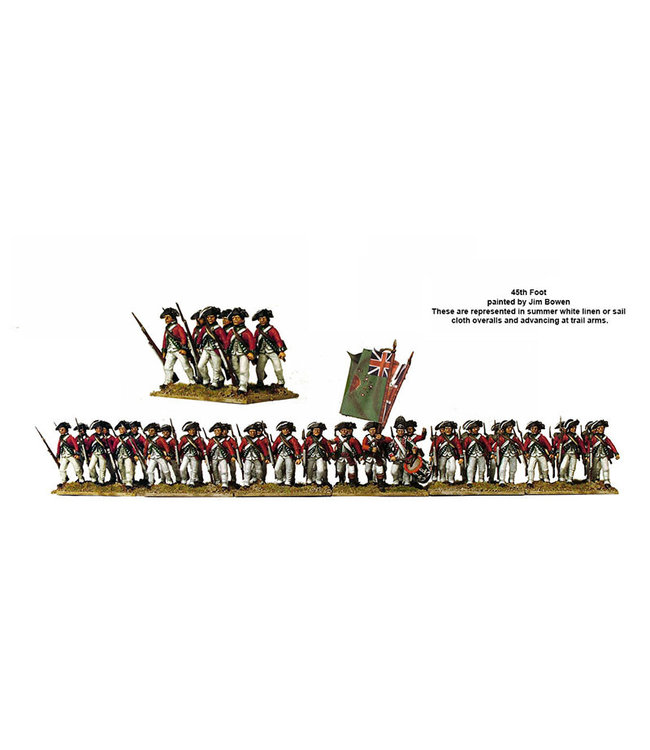 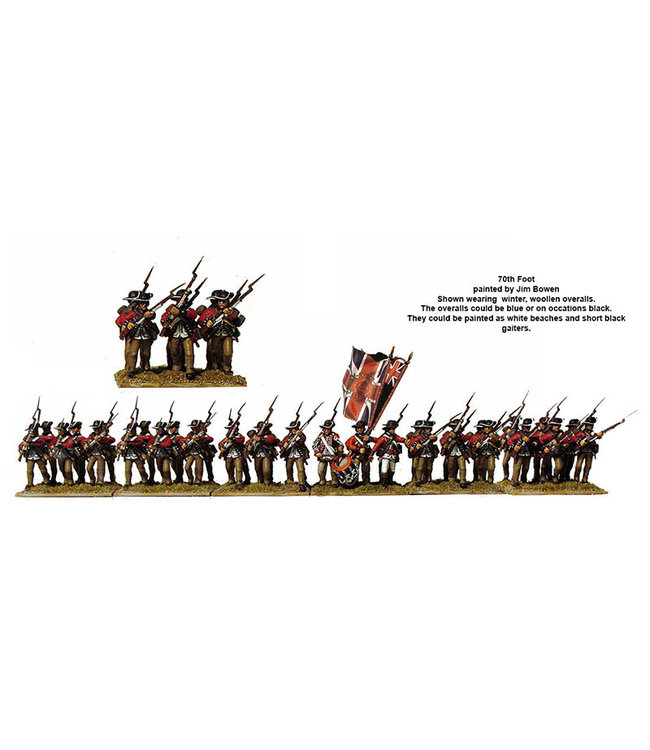 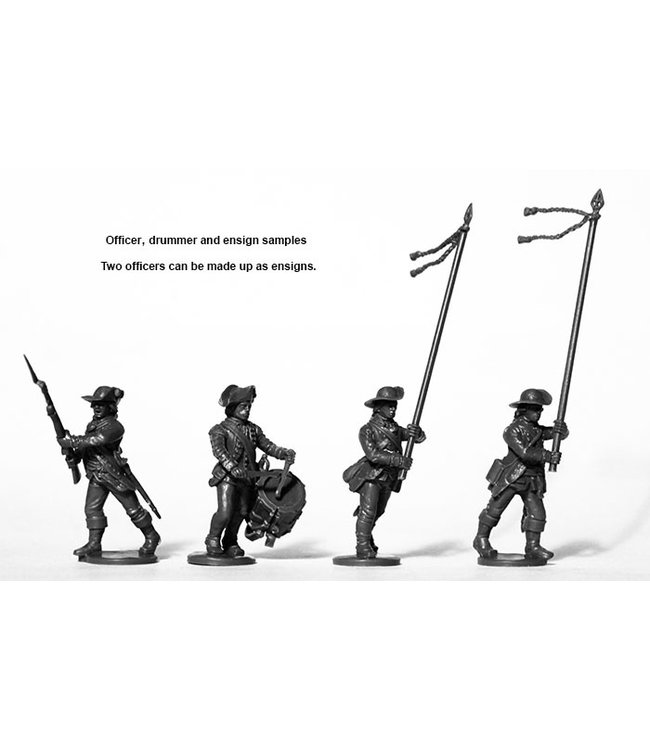 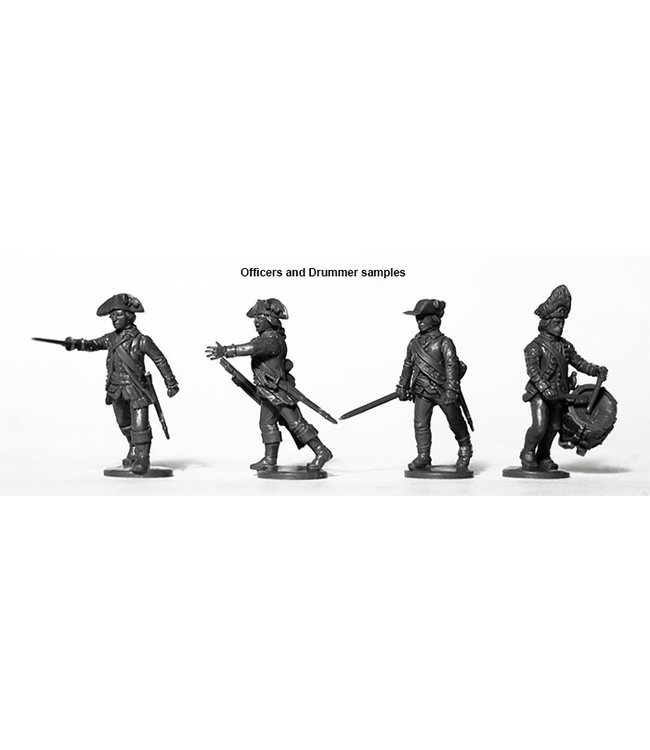 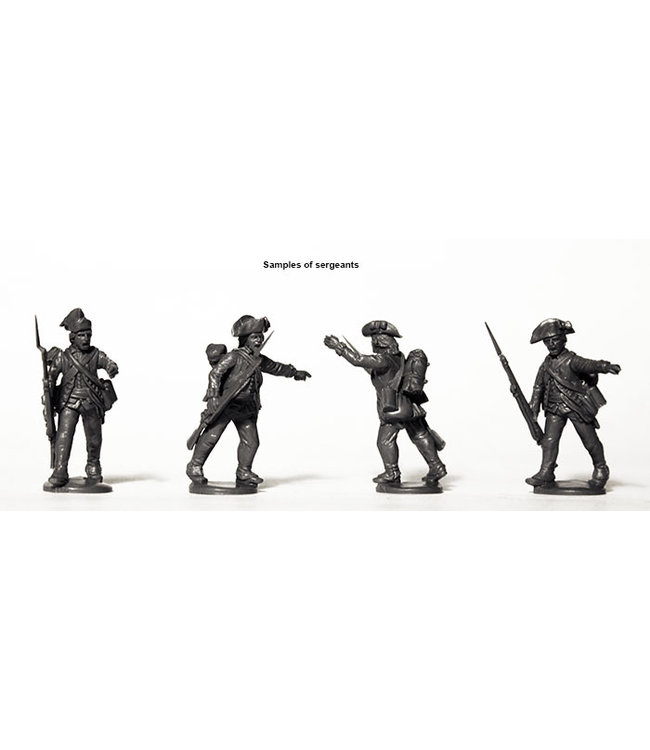 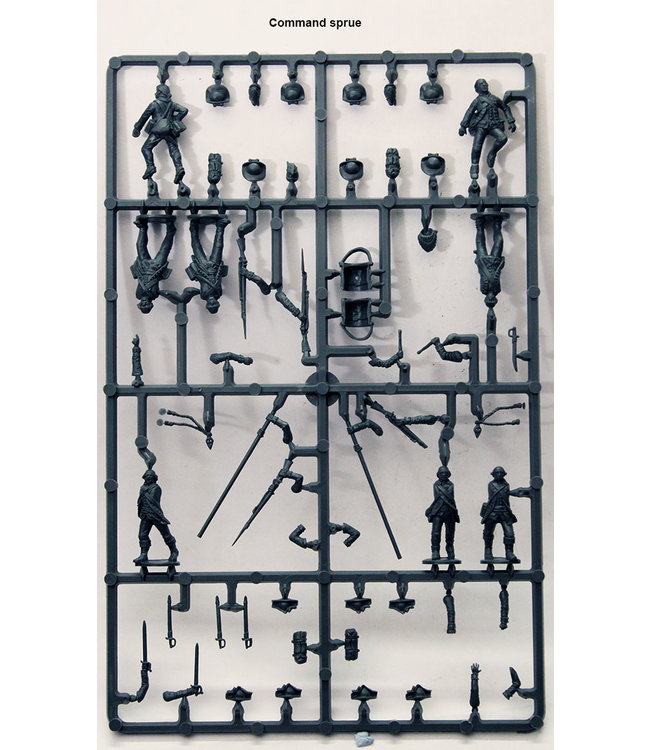 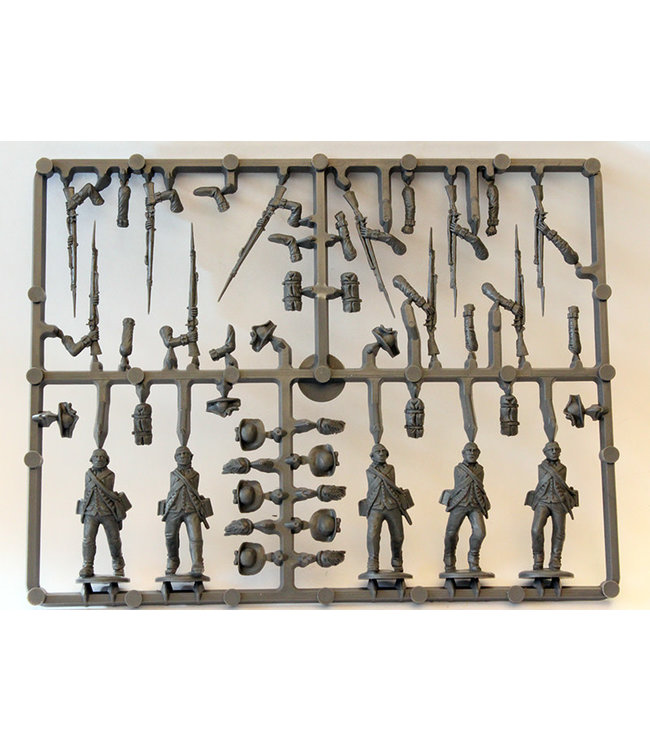 This box contains centre company men (or hat men) of a typical British regiment for the war. The regiments flank companies were normally detached to for combined light and grenadier battalions. They are represented in cut-down coats for campaign and come with three hat variants; the typical cocked hat, the un-cocked hat or board brimmed hat and the ‘Saratoga cap’, cut down from the cocked hat. They can be assembled either at the charge or at the trail ( probably the most common drill position when operating in wooded countryside). The also wear the typical gaiter-trousers or American trousers which became very popular in the war. The officers are in simple undress coats favoured on campaign.