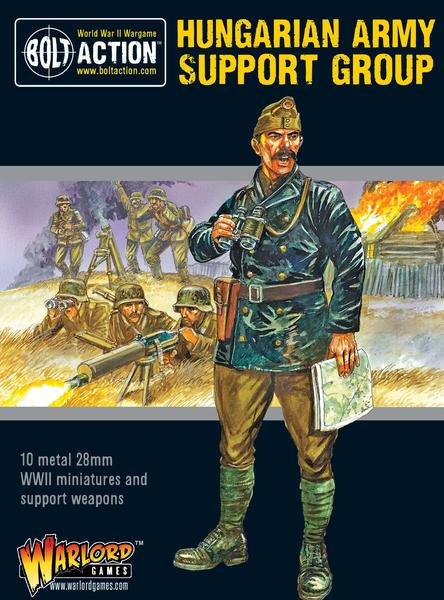 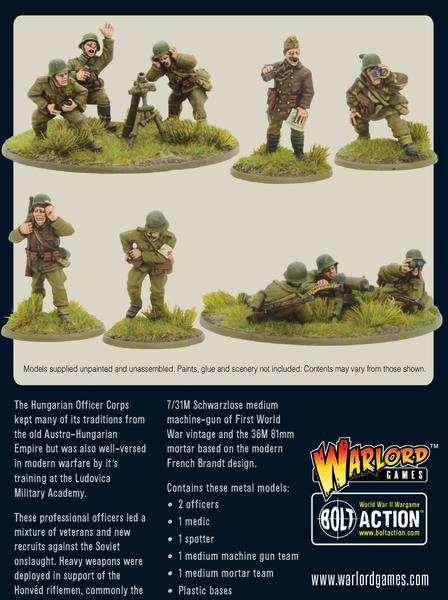 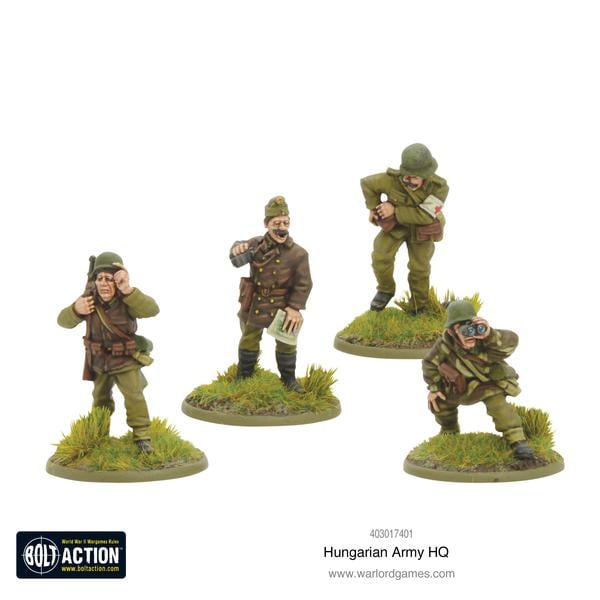 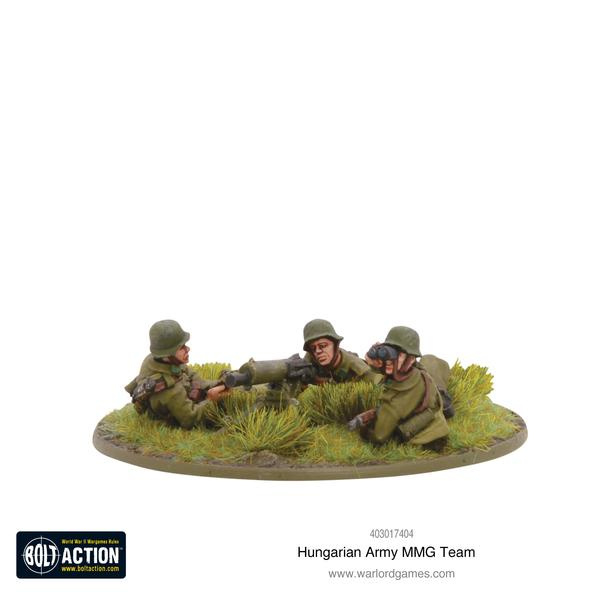 The Schwarzlose 7/31M machine gun was used extensively in World War I and put to use right away in the new conflict.

Like virtually all nations, the Hungarians adopted a medium mortar based on the French Brandt 81.4mm. The 36/39M was common throughout the Hungarian Defence Force and employed modern shaped charges to good effect.