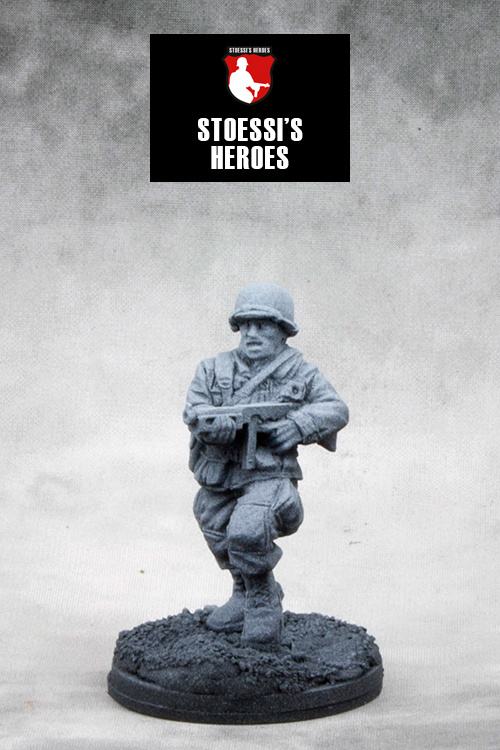 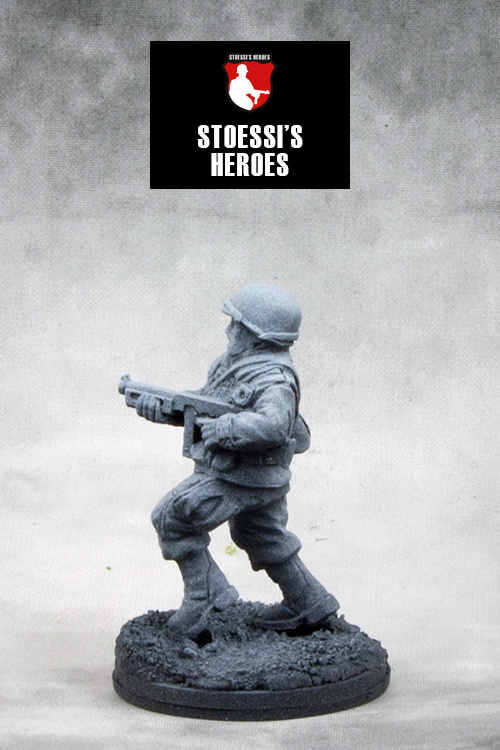 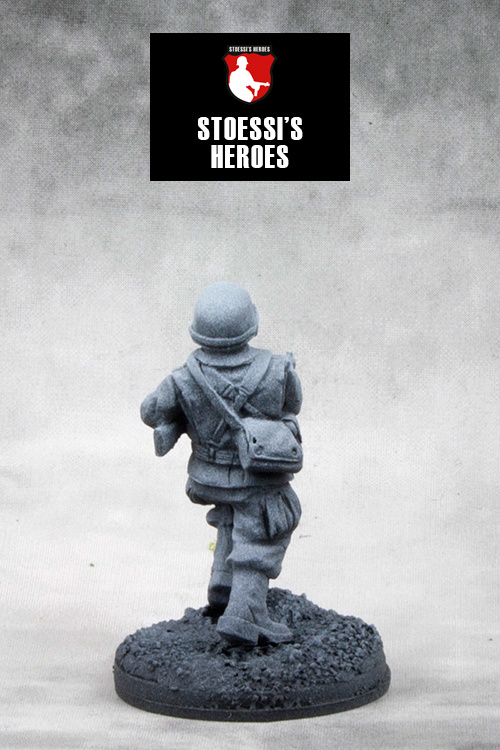 US Airborne Lieutenant Ronald C. Speirs
Lt. Speirs served in the 506th PIR, 101st Airborne. During the battle for Foy in Bastogne, a platoon had been ordered to go on a flanking mission. To countermand this order, Speirs ran through the town and German lines, linked up with the platoon and relayed the order. Having completed this, he then ran back through the German-occupied town.
“At first the Germans didn’t shoot at him. I think they couldn’t quite believe what they were seeing. But that wasn’t the really astounding thing. The astounding thing was that, after he hooked up with I Company, he came back.” – Carwood Lipton

US Airborne Lieutenant in 28mm – great for Bolt Action and other WW2 wargames.

* NOTE ON SAFETY – THIS IS NOT A TOY AND NOT SUITABLE FOR CHILDREN UNDER THE AGE OF 14. CONTAINS SMALL PARTS THAT MAY BE HARMFUL IF CHEWED OR SWALLOWED.