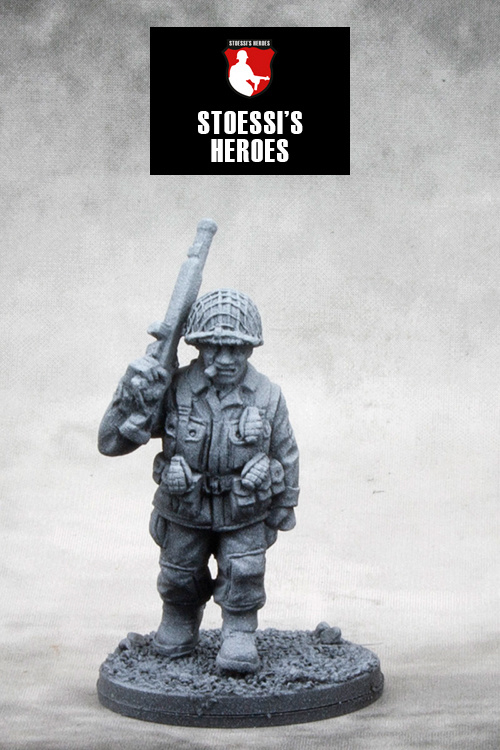 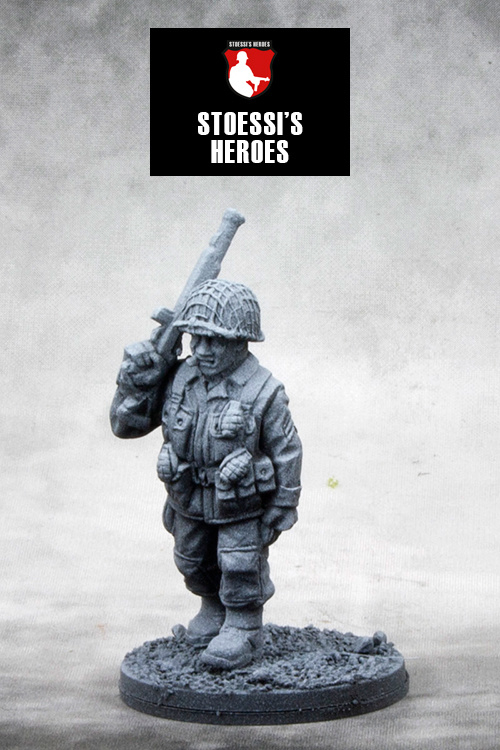 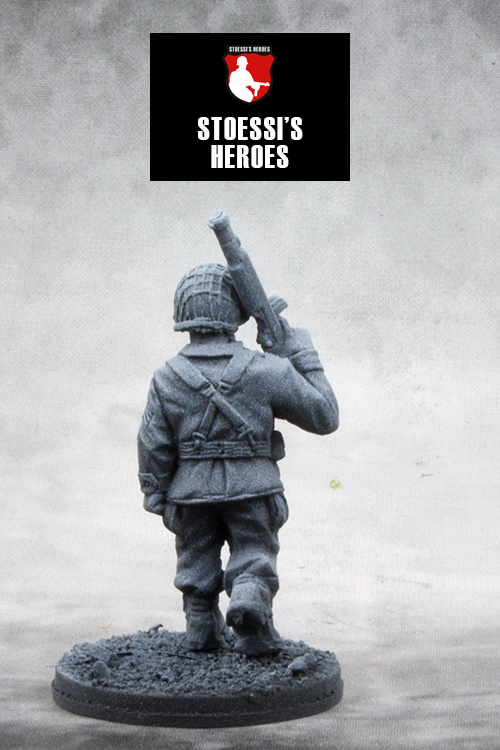 US Airborne Staff Sergeant Denver “Bull” Randleman
He was a member of Easy Company, 506th PIR, 101st Airborne and earned the nickname “Bull” due to his large stature.
On June 6, 1944, Randleman, dropped into France, eventually regrouping with Easy Company after missing his landing zone.
During Operation Market Garden, Randleman was separated from his unit and spent the following night hiding in a barn. He was found alive the next day by members of his unit.
According to former commanding officer, Major Richard Winters, Bull was one of the best soldiers he ever had.

US Airborne Staff Sergeant in 28mm – great for Bolt Action and other WW2 wargames.

* NOTE ON SAFETY – THIS IS NOT A TOY AND NOT SUITABLE FOR CHILDREN UNDER THE AGE OF 14. CONTAINS SMALL PARTS THAT MAY BE HARMFUL IF CHEWED OR SWALLOWED.