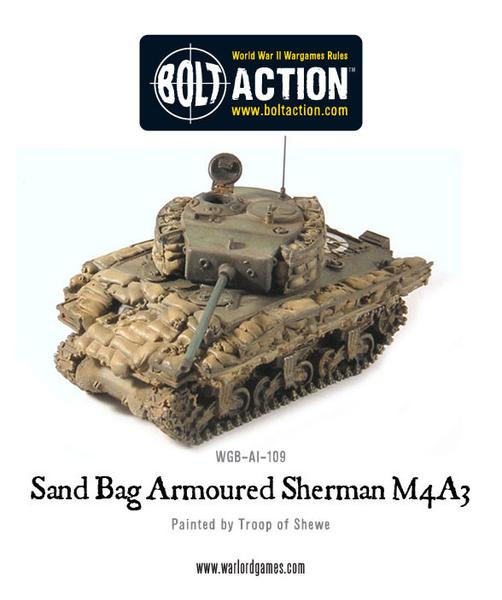 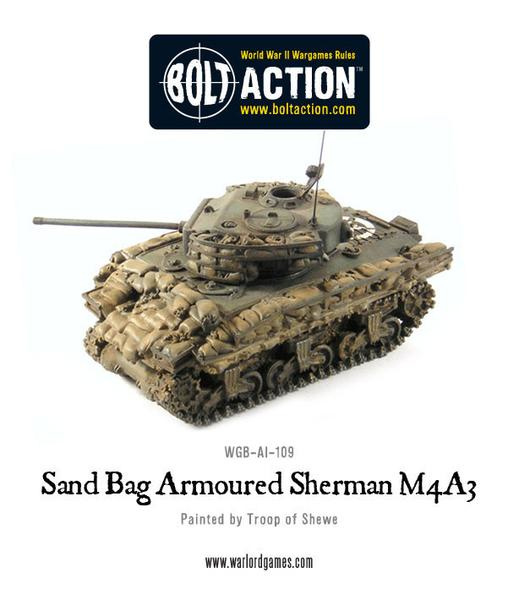 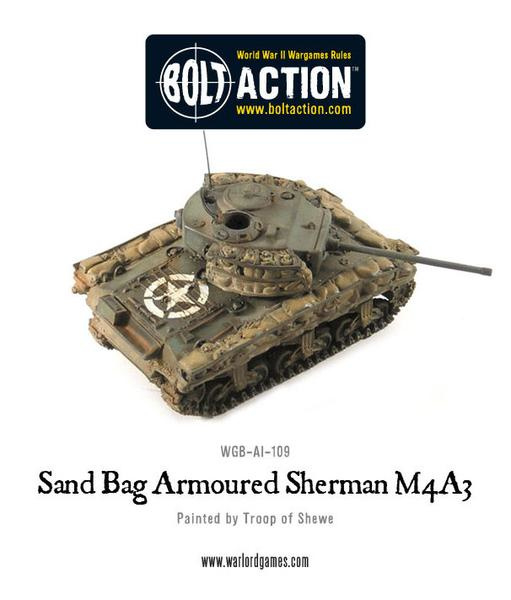 The Sherman Tank was the main stay of the American army. The Break out from the Normandy beaches and the bocage could never been achieved without the armoured support. Although they had their weaknesses and were nicknamed 'Ronsons' by the Germans as they lit up every time; their impressive firepower and large production numbers enabled the Allies to over power the Germans.

Crews would often make their own ablative armour by attaching sandbags around the armour of the tank, granting them an extra layer of protection against anti-tank rifles, panzerfausts and panzerschreks.

Contains one resin and metal tank.