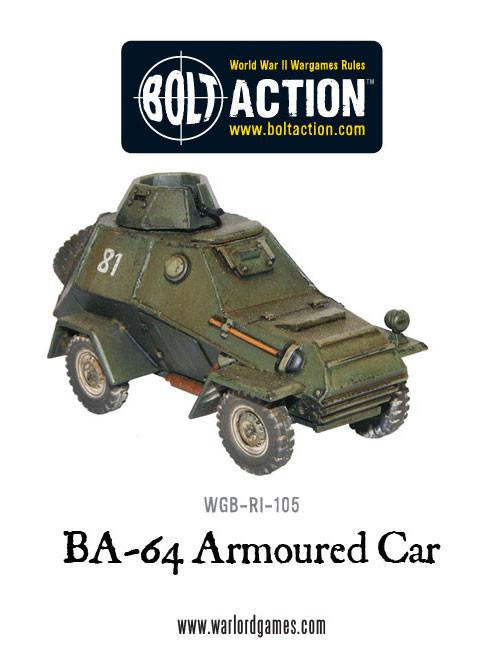 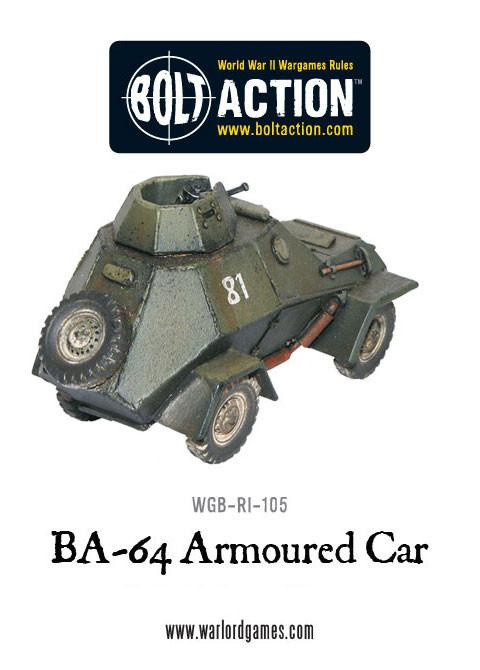 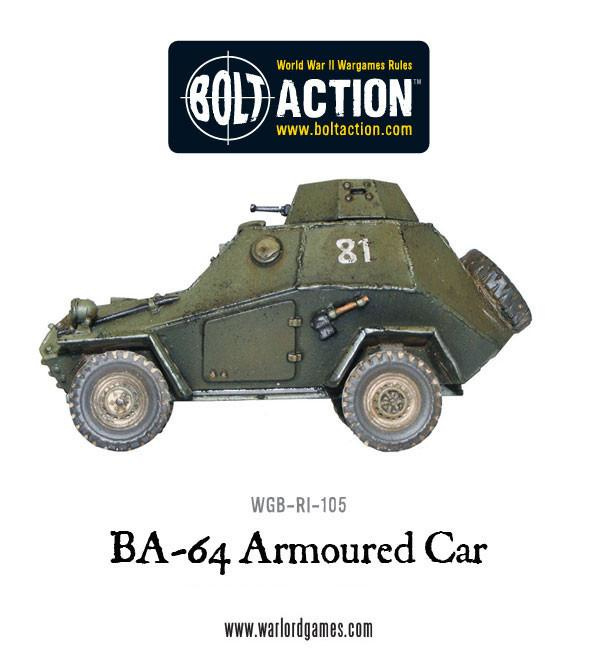 This is the BA64 a light armoured car built in 1941 as the Germans invaded Russia.  The Russians adapted the chassis of their Gaz jeep and armoured its body, copying the better points of captured German armoured cars.

Armed with the light DT machine gun the BA64 or "Bobik" as the soviets called it served bravely in all Russian theatres of war in WW2 and beyond, 9,000 being built.  It had a two man crew.