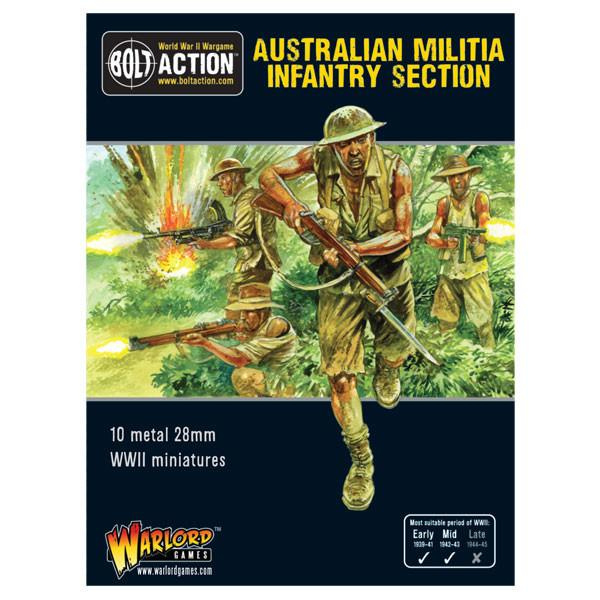 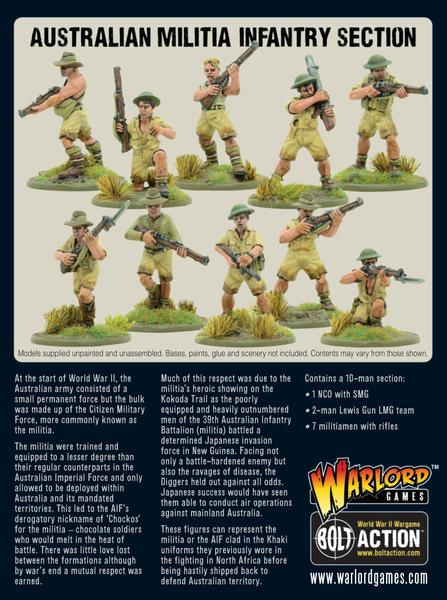 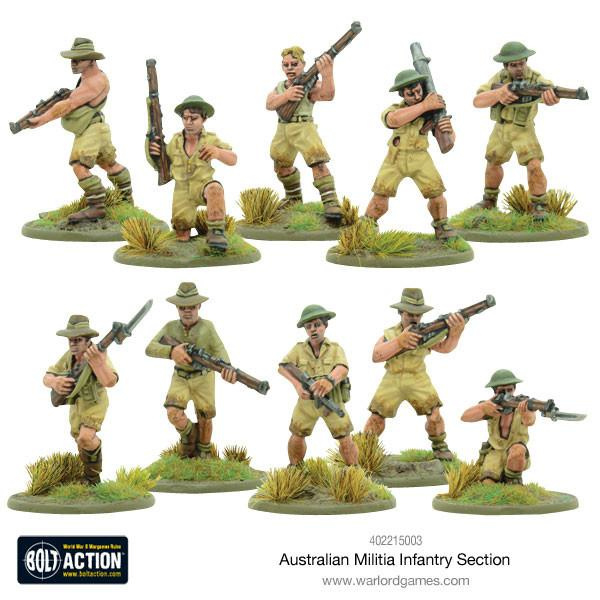 The militia was trained and equipped to a lesser degree than their regular counterparts in the Australian Imperial Force and only allowed to be deployed within Australia and its mandated territories. This led to the AIF’s derogatory nickname of Chockos, for the militia – chocolate soldiers who would melt in the heat of battle. There was little love lost between the formations although by war’s end a mutual respect was earned.

This box contains a 10-man section consisting of: