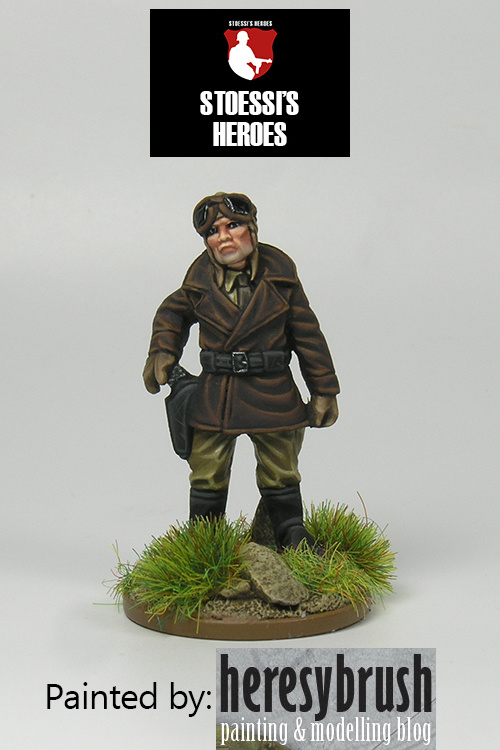 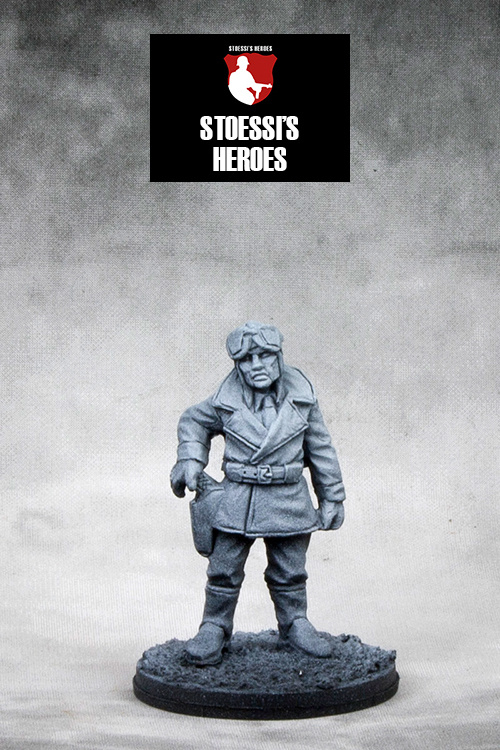 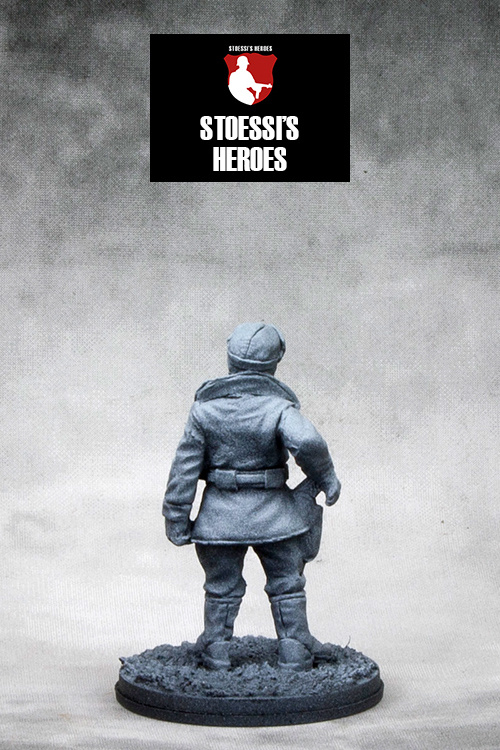 US Army Lt. Col. Charles Carpenter „Bazooka Charlie“
Lieutenant Colonel Charles Carpenter, nicknamed “Bazooka Charlie”, was an observation pilot for the US during World War II. While he mostly flew reconnaissance missions, during the Allied siege of Lorient in 1944, Charles decided that he hadn’t seen enough combat and attached 6 rocket launchers designed for foot soldiers onto his observation plane. Naming the plane “Rosie the Rocketeer,” Charles used the L-4 Grasshopper light observation aircraft on a series of attack missions which he ran solo, destroying as many as six enemy tanks and several armored cars by the end of the war.
No wonder he was also known as “The Mad Major”.

US Army Lt. Col. in 28mm – great for Bolt Action and other WW2 wargames.