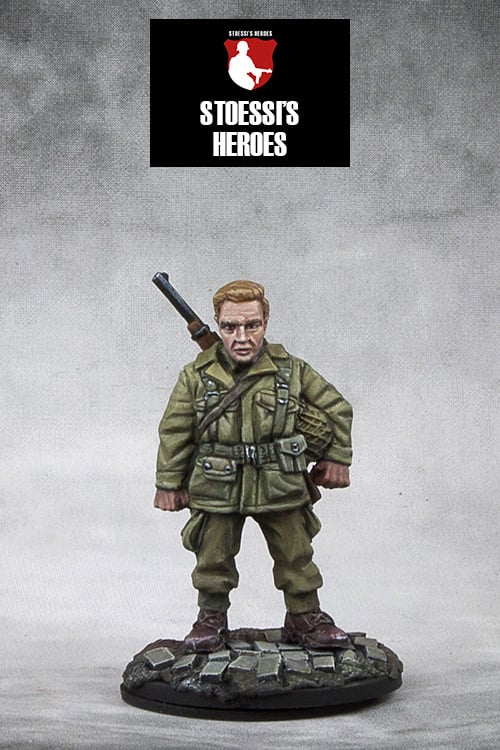 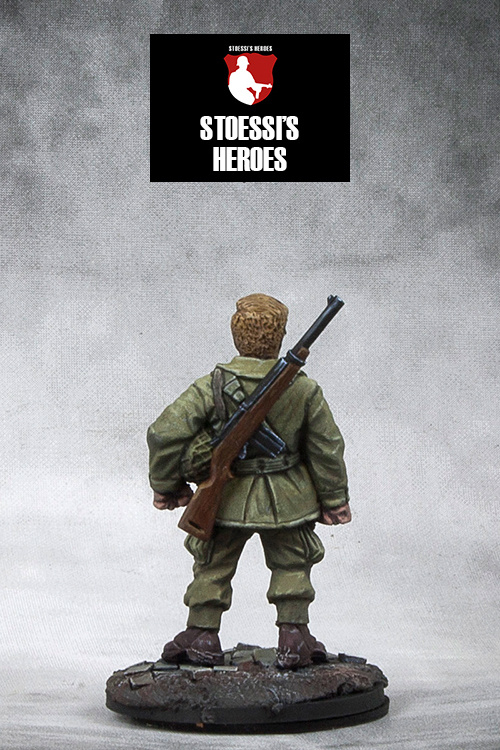 US Airborne Captain Richard „Dick“ Winters
Richard Davis “Dick” Winters was an officer of the United States Army and a decorated war veteran. He is best known for commanding Easy Company of the 2nd Battalion, 506th Parachute Infantry Regiment, part of the 101st Airborne Division, during World War II. As first lieutenant, Winters parachuted into Normandy in the early hours of D-Day, June 6, 1944, and later fought across France, the Netherlands, Belgium, and eventually Germany.
He is being remembered as the man who led the band of brothers.

US Airborne Captain in 28mm – great for Bolt Action and other WW2 wargames.