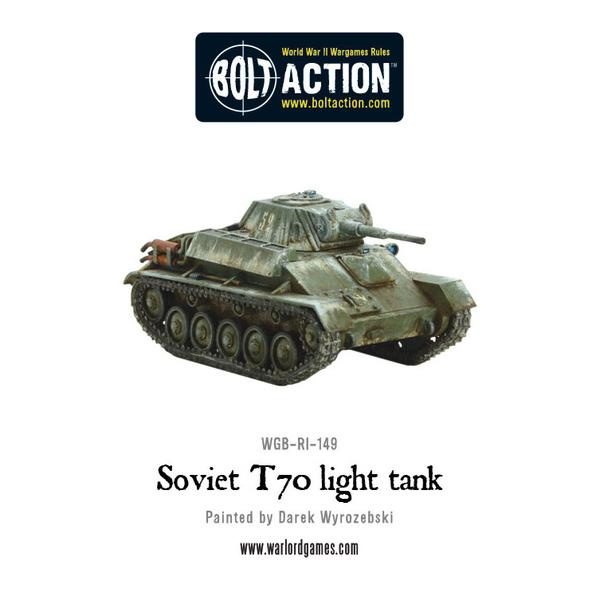 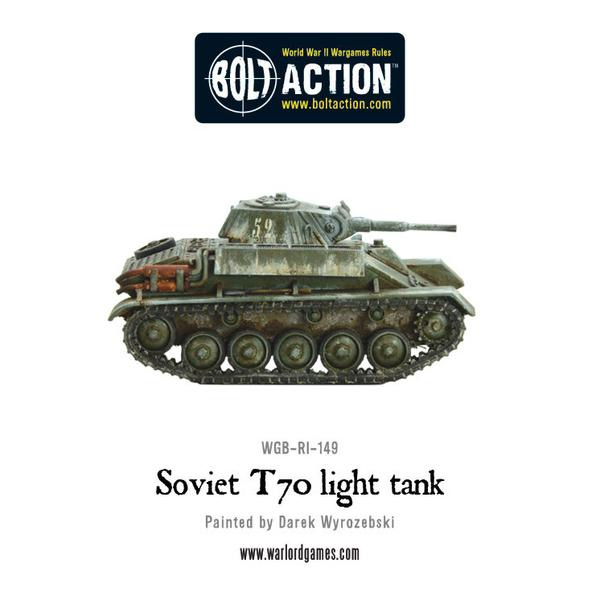 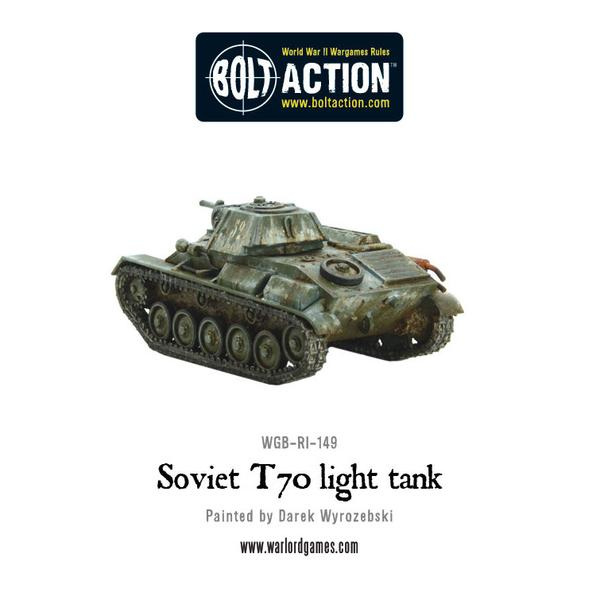 The T-70M was a light tank used by the Red Army during World War II, replacing both the T-60 scout tank for reconnaissance and the T-50 light infantry tank for infantry support. The T-70 was armed with a 45-mm L/46 gun Model 38, carried 45 rounds plus a coaxial 7.62-mm DT machine gun, and was operated by a driver and a commander (who's duel job was to also load and fire the gun).

T-70s were the last of the soviet light tanks, being put into production through March 1942, a final tally of some 8,226 were completed by the time production ended in October 1943. The prolific T-70 would remain in service until 1948.

Not able to keep up with its newer and bigger brethren the T-70 would often be found scouting or in defensive duties accompanied by their tank riding infantry.