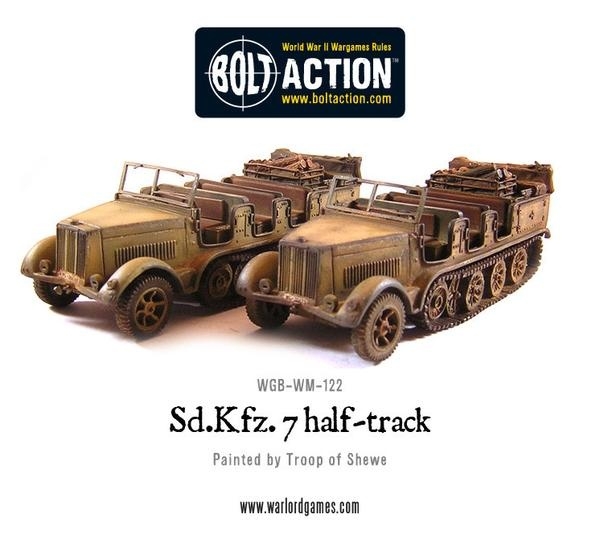 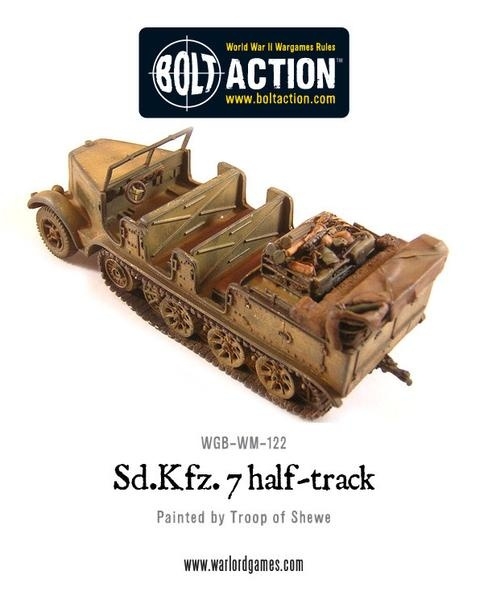 The Sdkf7 was the standard medium prime mover for the German armed forces in WW2. This half track weighed 8 tons and was used to tow all manner of trailers and guns, it was most famously and usefully employed however to pull the dreaded 88mm anti-tank/Flak gun and 150mm artillery piece.

It was to be found on all fronts and with all the services, so can be painted in all manner of schemes. If you swap the steering wheel over to the other side, you can even use it as its Italian version used in North Africa in a similar role to that of the Whermact!